Airport magazine
download the latest issue!
HOME PAGE / Airport / News / The largest flying freighter in Poland will have a base at the airport in Jasionka

The wide-body Boeing 767 in the cargo version acquired by the Polish SkyTaxi charter line landed today (20th November) at the Rzeszów -Jasionka Airport. The aircraft will be based at the Podkarpackie airport, from where freight flights around Europe and other continents are planned, including to North America, Asia and the Middle East. This is the first freighter in this class registered in Poland and operated by a domestic carrier.

- It is a great event for us and a challenge at the same time. As an air carrier we are experienced in cargo operations, but only this aircraft will allow us to join the group of players on the freight market, offering intercontinental flights - says Wojciech Nocuń, SkyTaxi sales manager. -  Located base in Rzeszów creates the possibility of servicing the aircraft in a place where the full infrastructure required for this type of machine is available. The right runway, the ease of organizing departures and arrivals, the flexibility of the airport itself and its availability - all this pleads in favour of Rzeszów - he adds.

The maximum reach of the Boeing 767-200 is 9,600 km, and the total cargo space is over 440 m3. The machine can take on board up to 45 tons, depending on the length of the route. The lower deck holds up to 12 LD-2 containers, while the upper deck can be filled with pallets in five different configurations.
If necessary, by transporting special cargo, the load space can be cooled even to 3 ° C. 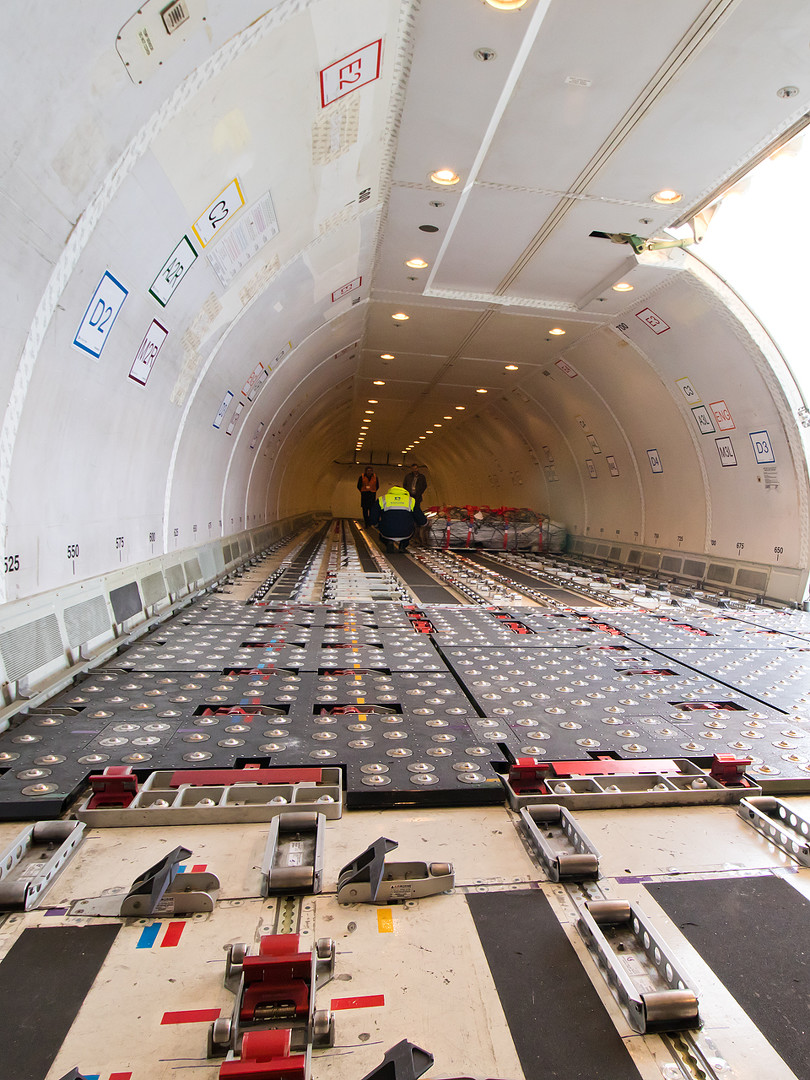 - We consistently implement the plan of improvement of the cargo air center, using the unique geographical location of our airport. A year ago we inaugurated our operations in a modern freight terminal, and today we are launching a base for the largest transport aircraft in Poland. I hope that this will quickly result in an increase in the volume of freight served and an increase in the number of cargo operations - says Michał Tabisz, President of the Rzeszów-Jasionka Airport Management Board.

The inauguration flight for the new user Boeing 767 performed on the route from the United States with stopovers in Keflavik and Hamburg. The aircraft with SP-MRF registration marks has already undergone a technical inspection in the United States, and has also been repainted in SkyTaxi colors.

- I am glad that the idea of ​​creating a logistics gate in Jasionka for Central and Eastern Europe realizes so quickly. I believe that this is the next step on the way to launching regular cargo connections from Podkarpacie. It will open a chance to increase exports - not only for companies from our region, but it also attract cargos from other parts of Poland, also from Slovakia, Hungary or Ukraine to Jasionka - said Władysław Ortyl, Marshal of the Podkarpackie Voivodeship.

SkyTaxi is a Polish charter airline, which was established in 2000. The company's registered office is in Wroclaw. Aircrafts belonging to the company perform both passenger and cargo flights. Until now, the carrier operated on two SAAB 340 aircrafts. Air operations took place in the European Union, the Middle East and North Africa. The acquired Boeing 767-200 was produced in 1984. The aircraft was reconfigured to the PC2SF version, i.e. from the original passenger version, it was modified for cargo transport. Two Genaral Electric CF6-80 engines propel it.

Rzeszów-Jasionka Airport is a registered handling agent providing a full range of services related to air freight. It has a space of approx. 1700 m2 in a modernly equipped Waimea Cargo terminal, put into service at the end of last year. The warehouse includes, among others special rooms for sensitive goods and animals, as well as freezers and rooms for radioactive and valuable goods. The terminal's global terminal services are used by the largest global carriers, including Kuehne Nagel, DHL, DSV, Expeditors, Hellmann, Panalpina, M & M and DB Schenker. The Rzeszów airport also cooperates with GSA agents, including Sky XS, R-Bag Globe Air Cargo and Alfa Global. At the airport in Jasionka, the RFS bases are held by Lufthansa Cargo Poland and LOT Polish Airlines.

Pictures from today's landing in Rzeszów are available HERE